“The secret of good teaching is to regard the children’s intelligence as a fertile field in which seed may be sown, to grow under the heat of flaming imagination.

Our aim therefore is not merely to make the children understand, and still less to force them to memorize, but so to touch their imagination as to enthuse them to their inmost core.

We do not want complacent pupils, but eager ones; we seek to sow life in children rather than theories, to help them in their growth, mental and emotional as well as physical."

“Human consciousness comes into the world as a flaming ball of imagination.

Everything invented by human beings, physical or mental, is the fruit of someone’s imagination.

In the study of history and geography we are helpless without imagination, and when we propose to introduce the universe to the child, what but the imagination can be of use to us?

I consider it a crime to present such subjects as may be noble and creative aids to the imaginative faculty in such a manner as to deny its use, and on the other hand to require children to memorize that which they have not been able to visualize . . ."


Thoughts:
"not been able to visualize" -
we want the children to visual the truths of the world around them, a solid foundation before age 6, so that in the elementary years they can truly test those realities and ask those "what if" questions on a much deeper level than if they had to spend their entire childhoods sorting out truth from fiction. 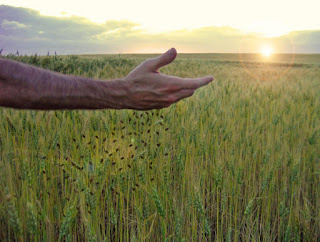 Looking around us at the cultural development of our epoch of evolution, we see no limits to what must be offered to the children, for theirs will be an immense field of chosen activity, and they should not be hampered by ignorance.

But to give the whole of modern culture has become an impossibility and so a need arises for a special method, whereby all factors of culture may be introduced to six year olds; not in a syllabus to be imposed upon them, not with exactitude of detail, but in the broadcasting of the maximum seeds of interest.

These will be held lightly in the mind, but will be capable of later germination, as the will becomes more directive.”